Attention: Do not try to flash this on Skylake-S/H.

- Corrects a problem where the system is prevented from booting if power is lost twice during a firmware update.

- Fixes a system hang when transitioning to Sx (S3, S4 or S5) states during firmware update.

- Fixes a system hang when transitioning to Sx states on Chrome OS.

- Fixes a system hang when transitioning to Sx states when Hyperthreading is disabled.

- Corrects ME firmware not sending watchdog notification to the MEI driver.

- Corrects a possible corrupted playback issue with PAVP 2.0 or 3.0.

- Fixes an issue where the console will not echo the first 8 characters during SOL session on Linux.

- Changes KVM to return 'Sprite failure' instead of starting when the SecIO service is disabled.

- Fixes a potential loss of M3 BIST results on systems with AutoBIST enabled if a system reset occurs during the test.

- Fixes an unexpected ME reset when resuming to S0 after S0->S3->S5 transitions initiated by AMT remote control.   -

*** WARNING:  Rollback to the previous version is not allowed after this update. *** 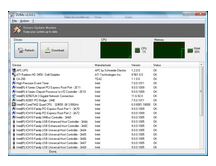 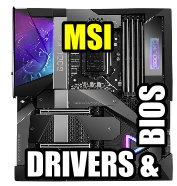