This release includes software and drivers for Intel(R) adapters and integrated
network connections.

Fixed Issues
Intel® Ethernet 800 Series
Firmware
• Fixed: Reading the module temperature sensor with NVM 2.10/2.12 gives an incorrect value for all
methods that rely on firmware, including NCSI and PLDM. Users can expect reported temperature
ranges from 0 to 255 with no consistency. QSFP modules with a temperature sensor whose module
EEPROMs are aligned to specification SFF-8636, Revision 2.8 or newer could result in port shutdown
that is only recoverable with a power cycle and a change of module.
Intel® Ethernet 700 Series
General
• Fixed: The Intel® Ethernet Network Adapter X710-T2L/T4L and the Intel® Ethernet Network
Adapter X710-2/X710-4 pull-up in GLOBR creates a false FAN_ON_AUX.
• Fixed: Device returns different version of supported PLDM type 6.
• Fixed: Devices do not return Network Port schema data.
• Fixed: The FAN_ON_AUX signal doesn't change status when temperature crosses warning
threshold.
• Fixed: Intel® Ethernet Converged Network Adapter XL710-Q1/Q2 recovery fails on FreeBSD.
• Fixed: RDE device reports wrong MaxFrameSize value.
• Fixed: PCIeDevice PDR (recordHandle 4003) is missing in the list of retrieved PDRs.
• Fixed: RdeOperationInit on NetworkPort1 returns SUCCESS and didn't return BEJ.
• Fixed: For the Intel® Ethernet Controller X710-TM4/AT2, setting the Link NCSI command to 2.5G/
5G speed doesn't change the link properly.
• Fixed: The NCSI Get Temperature command might try to read temperature from a module that
doesn't support temperature readings. This could lead to incorrect temperature handling as well as
having an impact for handling platform events.
Windows Driver
• Fixed: On Windows Server 2012 R2 the host might suffer a BSOD after modifying ANS team type
with tagged VLAN. It can be reproduced both with GUI or a Powershell command.
Linux Driver
• Fixed: MAC VLAN filters are not freed when the number of VFs changes. It is observed only when a
limit of MAC VLAN filters have been reached before VF changes.
• Fixed: When the number of multicast MAC addresses configured on the VF reaches the limit of the
network adapter, the VF cannot receive all multicast packets.
• Fixed: Maximum number of SR-IOV VFs is 62 (instead of 63) per port. This behavior is observed
when the RSS and VMDq settings are disabled. It might be observed only when using ESX-ixgben
driver.
• Fixed: Packets with assigned VLAN are not redirected to the correct queue set by the Intel® Flow
Director (FD) rule.
• Fixed: After setting DCB on Intel® Ethernet Controller X710 adapters, traffic is not tagged with a
priority tag.
• Fixed: When the second subordinate interface is added to the bonding, its MAC address becomes
the same as the first added subordinate and bond interface. Reloading the PF driver and creating
VFs again is needed to restore the MAC addresses.
• Fixed: Promiscuous mode trusted VF with VLAN port for unicast packets receiving additional Tx
traffic of every other VFs assigned to the same PF.
NVM Update Tool
• Fixed: Minimum Security (Rollback) Revision (MinSREV) values and Security (Rollback) Revision
(SREV) are not reported in unified (hexadecimal) format via the NVM Update Tool.
ProSet
• Fixed: Use Default button in the UI is missing from the Locally Administered Address tab.
Intel® Ethernet 500 Series
General
• Fixed: FAN 7 rotates non-stop when 562FLR is installed and while in AUX power.
• Fixed: Maximum number of SR-IOV VFs is 62 (instead of 63) per port. This behavior is observed
when the RSS and VMDq settings are disabled. It is observed only when using the ESX-ixgben
driver. Fixed: Firmware installation failed for 562FLR-T.
Intel® Ethernet 300 Series
Windows Driver
• Fixed: The Wake on LAN (WoL) feature doesn’t work on the Intel® Ethernet Server Adapter I350
and Intel® Ethernet Network Adapter I350 OCP 3.0. This issue occurs on ports 2 through 4.
Intel® Ethernet 200 Series
None for this release.

We have 1734 guests and 2 members online 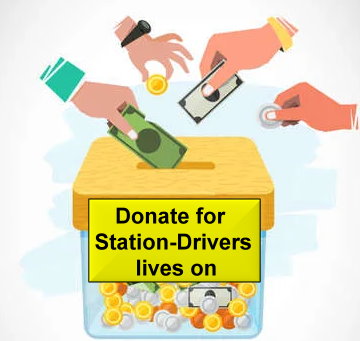 I would like to thank you for your donations: Branden, Ansley-B, ...